Posted by Englin's Fine Footwear on 1st May 2018 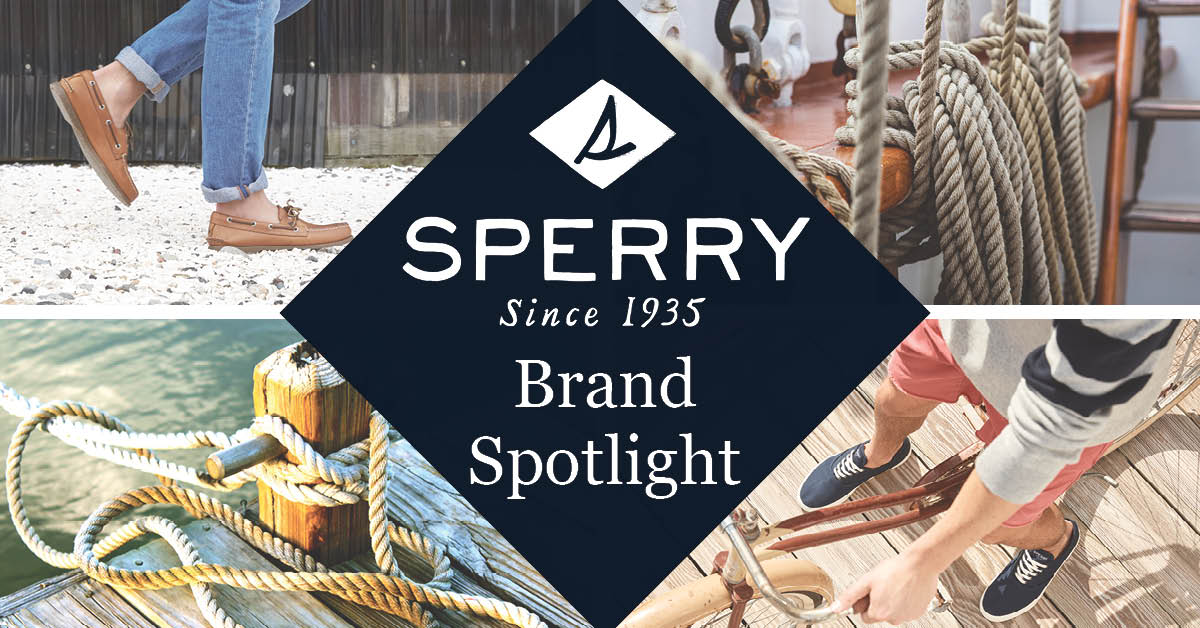 You’ll be forgiven for not recognizing the Jaws theme in writing, but failing to recognize Sperry’s iconic boat shoes in the film might be an unforgivable offense. From the fictional boatmen of Jaws, to the Kennedy family, to modern celebs like Blake Lively and Kanye West, this modern American icon has been making waves on the fashion scene for years. With a firm foundation on the blue-blooded shores of the East Coast, Sperry has brought prep style to the whole country. 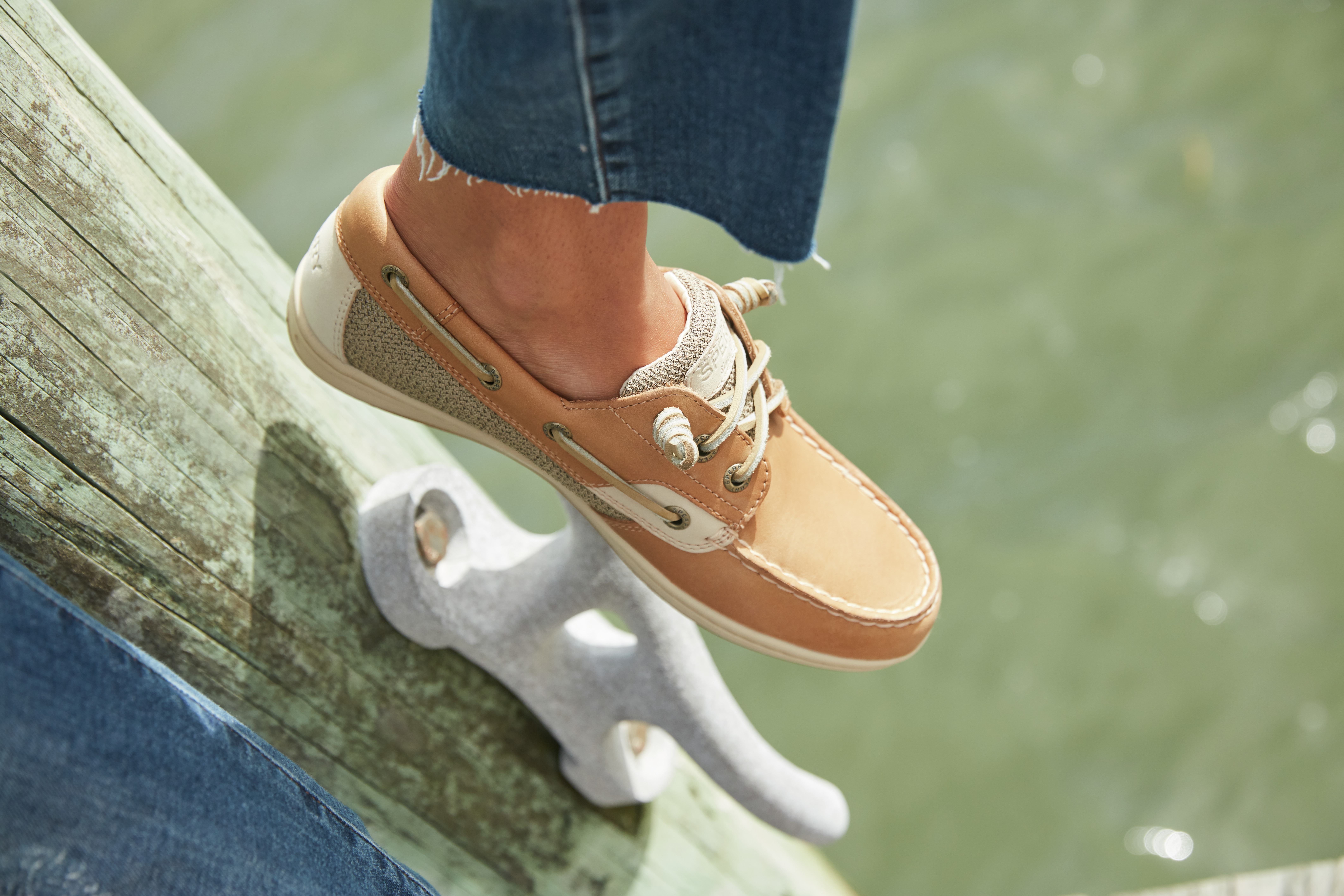 In 1935, Paul Sperry almost died. On a day out sailing, a rough sea and a wet boat deck almost caused him to slip overboard. Luckily, Sperry survived, but the event set him on a quest to create a safer shoe for sailors. After much experimentation, his breakthrough finally came when he watched his dog bound across a patch of ice during the cold Connecticut winter without slipping. When he looked at his dog’s paws to see how this was possible, he saw that the pads were cracked and grooved. Sperry was inspired, and he carved a similar series of grooves into a rubber sole. Sperry’s iconic non-slip wave-siping was born.

Through the ‘30s and ‘40s, Sperry gained popularity among sailors, even becoming an officially approved manufacturer of footwear for the United States Navy during World War II. Photographs of the Kennedys vacationing in the 1960s propelled an active nautical lifestyle into the American public consciousness. People fell in love with the Kennedys’ classic American style, and it launched Sperry boat shoes and sneakers into the spotlight. The Official Preppy Handbook, a satirical look at the preppy lifestyle published in the 1980s, featured Sperry’s Authentic Original as a symbol of prep style and cemented the brand’s place in American culture for many years.

Sperry experienced a boom in popularity in the early 2000s thanks in part to a resurgence of interest in preppy style, but also an effort by the brand to expand their appeal. Designer collaborations and new styles of footwear combined with a commitment to heritage have launched a new generation of Sperry-lovers that counts among its members Pharrell Williams, Kiera Knightly, and Kate Middleton. From nautical roots to go-anywhere appeal, Sperry has grown into one of the biggest icons of American style.

No discussion of Sperry’s styles would be complete without a mention of their iconic boat shoes. Exposed stitching, rawhide laces, and that distinctive toe shape add up to a style that can’t be mistaken for anything else. Designed for wear on wet boat decks, the grippy rubber soles of these boat shoes often feature Sperry’s patented Razor-cut Wave-Siping™, though some of the more fashion-inspired women’s boat shoes do not. Sperry’s boat shoes have another incredibly functional upgrade that gets less attention than their signature soles but is no less useful: a 360° lacing system. Have you ever noticed how the laces on Sperry’s boat shoes are laced all the way around the heel? They’re meant to be tightened all the way around so you can more fully customize the fit to your foot! The boat shoe is an American icon, and if you’re looking for some classic Sperry style you can’t go wrong with these shoes.

The Sperry Men’s Authentic Original Daytona is $99.95 and the Sperry Women’s Songfish Chambray is $89.95.* 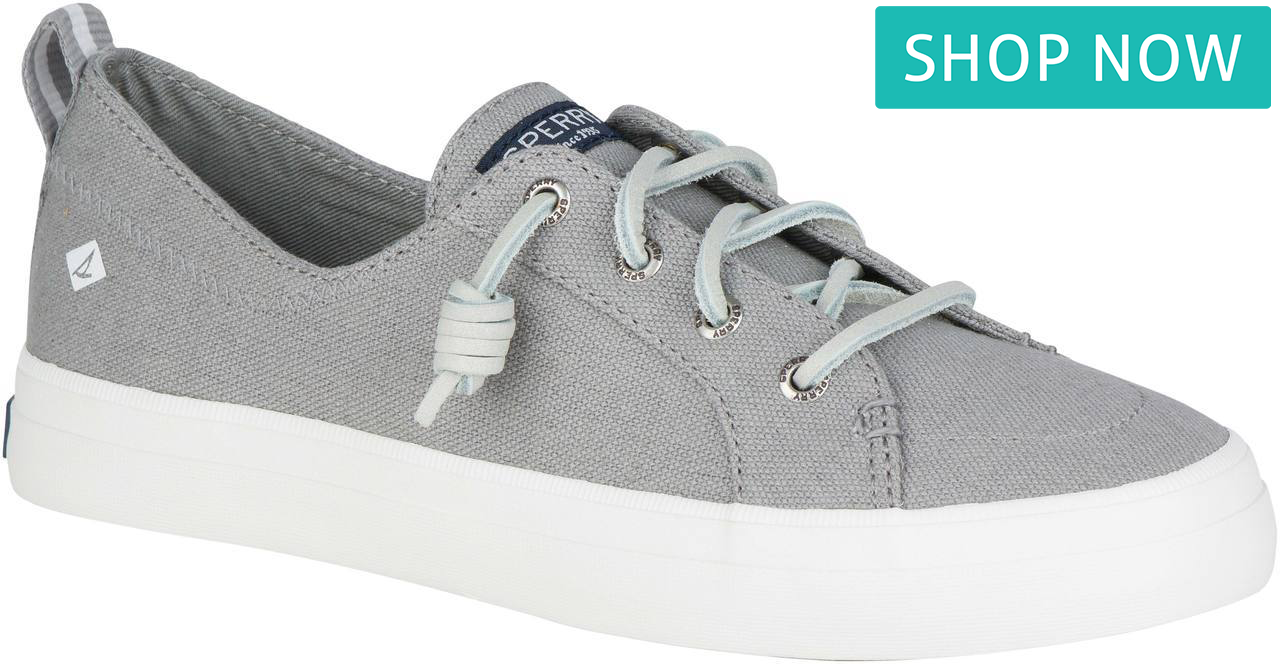 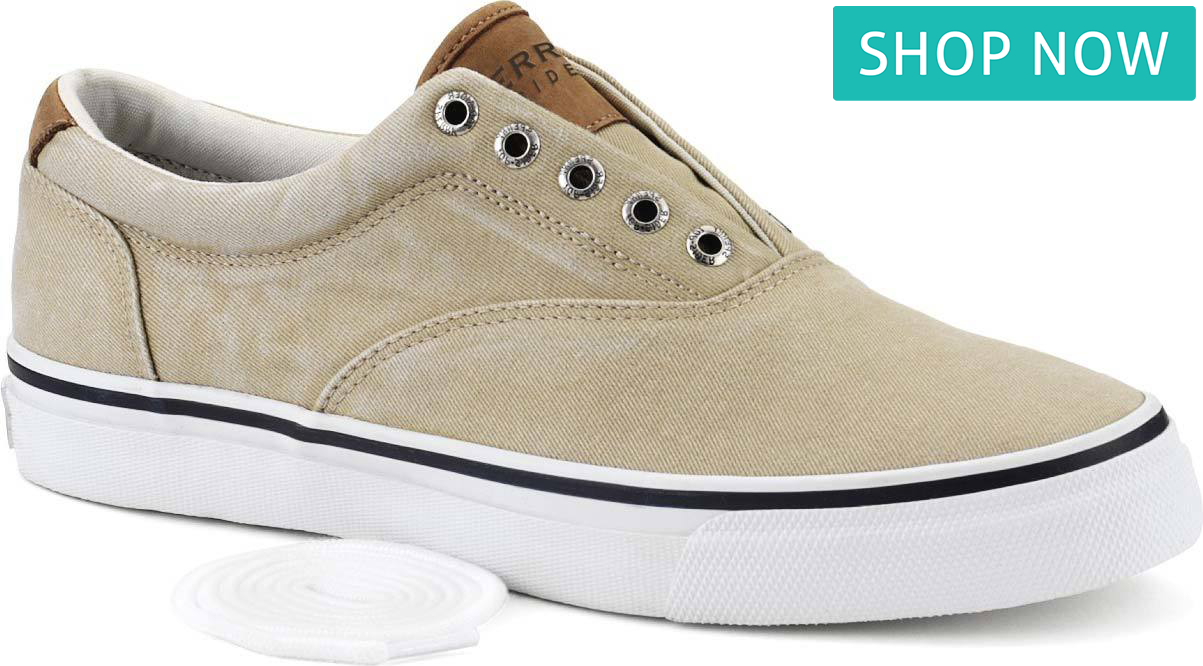 Of course, Sperry is so much more than their original icon! They’ve gotten into the sneaker game recently, producing casual wear kicks with a nautical twist. Distressed twills and sail-inspired canvases bring a seaside touch while functional pieces of the boat shoe (like rust-proof eyelets and Razor-cut Wave-Siping™) often make an appearance in their sneakers. There have even been a few styles that feature 360° lacing! For those lazy days when you just feel like keeping it totally casual, Sperry’s sneakers will bring the perfect touch of seaside style to your outfit.

The Sperry Women’s Crest Vibe and the Sperry Men’s Striper CVO Sneaker are both $59.95.*

No ocean-inspired brand would be complete without at least a few beach day ready sandals! Sperry’s sandals take plenty of inspiration from their boat shoes, just like their sneakers do. They often feature rawhide lace embellishments on the straps, similar fabrics to the sneakers, or boat shoe reminiscent leathers. Razor-cut Wave-Siping™ on the sandals’ soles ensure that you’ll stay upright on any wet and slippery seaside surfaces. With cushy foam footbeds, you’ll have no concerns about wearing these sandals all day long.

This unapologetically preppy heritage brand brought casually high society style to the masses, forever elevating our weekend looks. From the original boat shoe Paul Sperry designed in 1935 to today’s selection of shoes, sandals, and more, Sperry’s steadfast commitment to high-quality products that reflect a uniquely American style has made them an all-American icon.